Austin, Davis & Son Funeral Directors are specialists in funeral arrangements for families in London, Hertfordshire & Essex. We are a family-run business, offering affordable, professional services and we practice fair and transparent pricing for every funeral entrusted to us.

At the heart of our company ethos is care – we care about the individual who has passed away and those bereaving the loss. This is reflected in the many lasting relationships we make with families, many of whom pop in to see us for a cuppa when they are in the neighbourhood.

You can trust us to provide you with high-quality services for funerals and cremations, tailored around your requirements – everything from the simple yet dignified send-offs, to woodland burials, to the more elaborate. 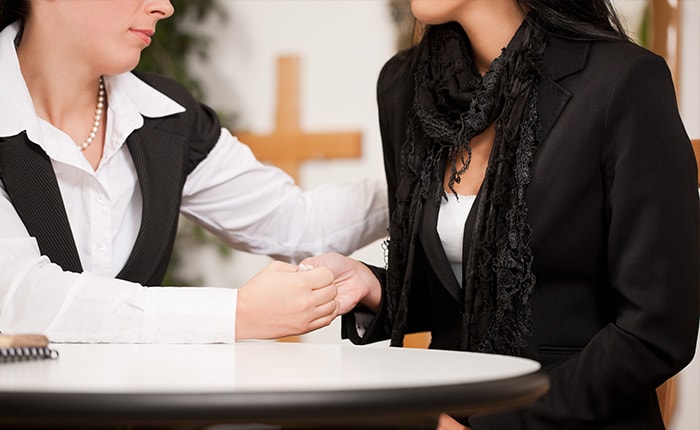 We have over 20 years’ experience in the funeral industry and our team members have won awards for their expertise in this field. We offer you support, expert guidance and professional advice at each step along the way. 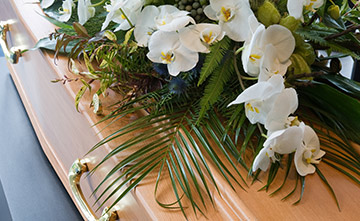 Austin, Davis and Son Funeral Directors create individual, personal funerals; from the discrete to the lavish. Whether you know exactly what you want or need a little direction and advice, we are here to help you get it exactly right for on the day.

We maintain integrity on our pricing and we provide you with transparent costs from the outset. You will not be landed with hidden costs at the end and advocate against such practices in the funeral industry where they happen.

Though none of us here are named Austin, Davis or Son, each of these are real people, our influences and our family.

The “Austin” in our name was Dad to Eve and Uncle to Angela. Austin died unexpectedly on New Year’s Eve 2018, around the time the idea for forming this company came into fruition. There were many happy coincidences at that time, and we like to think that Austin had a hand in it – there can only be so much happenstance surely?!

The “Davis” in our name refers to Angela’s grandparents. Nanny and Grandad were two of the loveliest people. They encouraged us to set goals and ultimately instilled the work ethic which has helped us to achieve what we have with our organisation to date.

“Son” references the young, Master Jack Michael David Bailey. Jack is Angela’s son and her daily motivation; the company name would have been incomplete without him there.

Very professional in their role. Very caring and helpful.
Deborah
We honestly can't thank Angela enough for all of her help and support when my dad passed away. She was so caring and supportive.
Donna
The family have asked me to thank you for all you did for them, you did such a great job. Everyone commented on how well it went. They can’t thank you enough...Fantastic service from beginning to end. I would highly recommend you!
Kelly
We had Angela deal with our fathers funeral. Angela was and still is very professional, polite & gave us a personal service. Can definitely and highly recommend Angela! The funeral went as smooth as it could and delivered a beautiful send off for our Papa!
Jo
Previous
Next

Cruse provides invaluable support, advice and information to people when someone passes away.

You can find out more about their services on their website here.

Samaritans is a registered UK charity, providing emotional support to anyone who needs to talk.

The Samaritans’ helpline is available 24/7, responding to a call for help every 6 seconds.

Learn more about Samaritans and the work they do here.

Austin, Davis & Son has signed the Fair Funerals pledge, meaning we agree to place transparency and honesty at the centre of our funeral arrangements work.

We support this cause wholeheartedly and pledge to help ensure people can find a funeral within their means. To find out more about Fair Funerals, click here (external link).

Who We Are (Video)

If you would like to discuss planning a funeral, get a quotation, or arrange a pre-paid funeral plan, call us on 07887 687 435 or email info@austindavisandson.co.uk